Expect no help from above

Is reading Dawkin's books a criteria for acceptance?

Separately, below is the mechanism by which they verified my claimed humanity

I have never seen an easier captcha.

Is it made so trivial because a site for atheists can acknowledge no possibility of divine assistance?
No comments: 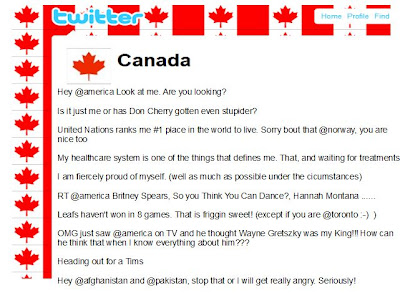 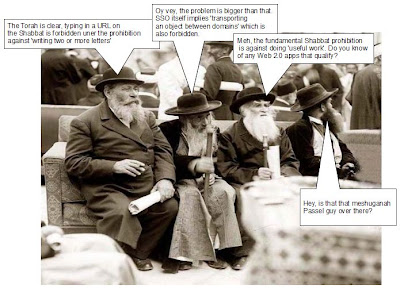 I sure hope that's a regular conference call

Flight of the Conchords - Business Time
No comments:

I yam what I yam

Only the interesting ones

To refute Intelligent Design's claims that examples of apparent design in Nature demand a 'designer', scientists point to nature's many examples of lack of design (or at least lack of good design.)

One favourite is the recurrent laryngeal nerve - a cranial nerve that goes from the brain to the larynx via a tube near the heart. In fish, this path is a direct route. In humans however, looping around the aorta requires that the nerve travel down the neck before swooping back up. In giraffes, this same circuitous path means that the nerve can grow to greater than 3 m in length.

Would not a Big-D designer, sitting down at the drafting table with their coffee and thinking 'OK, something with a long neck today, maybe some spots' have the nerve go straight from the brain to the larynx (a distance of some few inches) - rather than taking a ridiculously inefficient 'redirect' route?
No comments:

In honour of US National Poetry Day


I was usa-centric before you wuz writing <object> tags
And all that NASCAR shite just makes your pages lag
So don' be givin' my protocol no dis-res-pec
Or I'll send my lawyers over with an af-fa-da-vit.

"We definin' systems to break down silos for your good"
'WTF's a silo?' sez my homies from the hood.
Just like on the Feud, the surveys say it straight
Peeps won't be lining up wit dollas at the gate.

But now Prez Obama says use it cuz we're an 'open nation'
(Pseudonyms only though and there aint no de-le-gay-shun)
Stuff like that makes ol' school 'usas' suffer from serious angst
And other govs are asking 'Is this only for the Yanks?'

So the stuff that made user-centric fill a niche
Some say is watered down like a runny cheese quiche
Where do I show my URI? Why all these logos?
And why is hostin' my own OP now a no-go?

Just like always, the ID industry keep on churnin'
And just like always, we only spo-radical-ly learnin'
It aint all grim, there is convergence 'roun 800 63 el-oh-ay
But any dream of profile harmonization is pretty much dee-oh-ay

"That's jess fine" says my ol' lady doin' online bankin'
ID stability and the household revenue will be tankin'.
We're middle-class Canadians, it's not like we got riches
So the usas you need worry 'bout are the 3 that's wearin' britches.

Companies who pay to have their logos on the sides of NASCAR racing cars have long realized that the current advertising model is less than optimal. As the ads are targeted at the broad demographic of beer-swilling, ball-cap wearing Americans that make up the audience - the many subtle sub-categories to be found within that demographic are lost.

For instance, the current model might have an ad for Skoal chewing tobacco right next to one pitching time-shares at trailer parks. While chaw and easily-demolished-by-wind houses are indeed both popular with the NASCAR audience - the two appeal to different age groups within that broad swathe of society. While the Skoal ad may appeal to the +55 female segment, younger males are more likely to be thinking of buying a trailer home to use as a hunting camp.

Almost by definition then, the current NASCAR advertising model alienates and confuses the intended user base. This view was confirmed by long-time NASCAR fan Bubba Hendricks when interviewed at the Daytona 500. "Damn straight I'm confused by all those ads. Sometimes I don't know if I'm supposed to be buying cigarettes or a huntin' rifle. And as for 'alienated', well Heck don't get me started on those illegal aliens!"

Imagine a world where individual race fans, instead of being visually bombarded with simply-worded ads targeted at their collective seat-mates  - were instead able to advertise their own buying interests & tendencies - these interests, once collected & interpreted, mediating the fans interactions with the marketers by determining what ads they would see on every available square inch of the (interminably counter-clockwise traveling) cars.

For this vision to become a reality requires mechanisms by which

The technology pieces are coming into place. Google's knowledge of surfing habits, a smart phone with video camera, and augmented reality technology will together ensure that NASCAR fans need no longer be forced to view ads for malt liquors other than their preferred brand.
3 comments:

My 7yr daughter asked me what the appendix is.

I explained that it was a vestigial structure, ie something that, while once functional, over time had lost that functionality and now exists only in a degenerate condition - often actually detrimental to its host.

Bless her little heart, her response:

Nothing fishy in Denmark (except the herring)

The Danish National IT and Telecom Agency recently released profiles of a number of identity specs for enabling 'identity-based web services'.

The term identity-based web service in this context means web services that act on behalf of a user or are personalized with the user's data in contrast to normal web services which do not execute in the context of a particular user.


Denmark took a buffet (dare I say smorgasborg?) approach - picking and choosing from available specs and profiling them as necessary, defining:
The scenarios document makes for great reading on the different use cases currently targeted.

I do wonder why the discussion of the identity-based model (ie where the identity of the user is captured in a security token within the web services call) doesn't contrast this model with the so-called 'password anti-pattern'? Presumably its not the scourge in eGovernment applications that it is in Web 2.0.
3 comments: