NAPPS - a rainbow of flavours

Below is an arguably unnecessarily vibrant swimlane of the proposed (Native Appplications) NAPPS  flow for an enterprise built native application calling an on-prem API.

The very bottom arrow of the flow (that from Ent_App to Ent_RS) is the actual API call that, if successful will return the business data back to the native app. That call is what we are trying to enable (with all the rainbow hued exchanges above)

What differs in a NAPPS flow is how the native application obtains that access token. Rather than the app itself taking the user through an authentication & authorization flow (typically via the system browser), the app gets its access token via the efforts of an on-device 'Token Agent' (TA).

Rather than requesting an access token of a network Authorization Service (as in OAuth or Connect), the app logically makes its request of the TA - as labelled below as 'code Request + PKSE'. Upon receiving such a request from an app, the TA will endeavour to obtain from the Ent_AS an access token for the native app. This step is shown in green below. The TA uses a token it had previously obtained from the AS in order to obtain a new token for the app.

In fact, what the TA obtains is not the access token itself, but an identity token (as defined by Connect) that can be exchanged by the app for the more fundamental access token - as shown in pink below. While this may seem like an unnecessary step, it actually 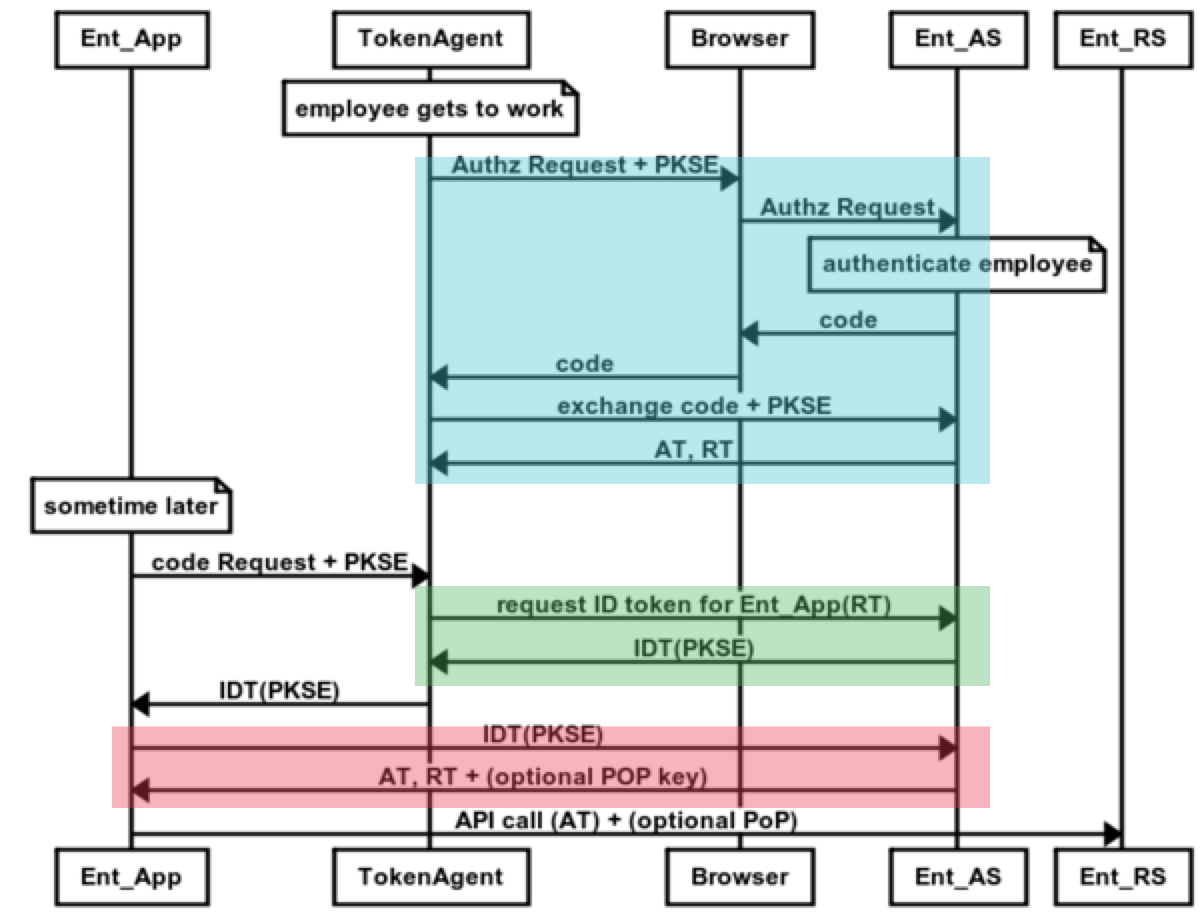 When I previously wrote 'TA uses a token it had previously obtained from the AS', I was referring to the flow coloured in light blue above. This is a pretty generic OAuth flow , the only novelty is the introduction of the PKSE mechanism to protect against a malicious app stealing tokens by sitting on the app's custom URL scheme.