I refuse to call this 'Baking as a Service'

So the story goes, when Betty Crocker instant cake mixes were initially introduced, they sold poorly. But why? the mixes made trivially easy what had been a long and messy process. 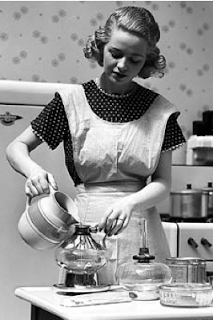 The problem, according to the business psychologists Dr. Burleigh Gardner and Dr. Ernest Dichter, was eggs. They argued that powdered eggs should be left out, so cooks could add a few fresh eggs into the batter, giving them a sense of creative contribution.

Though it would mean more work for the (inevitably aproned) housewives, the hope was that cracking an egg into the bowl would give her some pride of creation in the resultant cake and mitigate any feelings of spousal & maternal guilt.

The premise of combining fresh ingredients with pre-made has been formalized with the 'semi homemade' movement in cooking - the approved ratio is that 70% of fresh ingredients like vegetables or meat supplements the 30% of store bought mix or sauce.

The moral of the story for cloud identity management?

A mix of on-prem & on-demand IdM infrastructure will give to the enterprise the right balance of control and convenience - the store bought on-demand mix means that the (probably less likely to be aproned but hey I don't judge) IT admin need not build a cloud identity solution from scratch, while the on-prem eggs ensures that they can maintain the desired level of ownership that allows them to meet their CISO at the end of each day with a guilt-free conscience (and maybe also a dry martini).
No comments: